In June 1999, the third year of a WEA course of lectures on the history of aviation was coming to an end.  The twelve regulars who had attended the lectures at the Weatherly Centre in Biggleswade were disappointed that there no further lectures were planned.  They were sufficiently enthused by the course to wish to continue their association and determined to keep together as a group.  Thus the Aircraft Enthusiasts’ Group was formed and the course lecturer, Barry Lance, became an active member.  Paddy Weldon was nominated as Chairman and his energy drove the Group forward.  Paddy is now the Group’s President.

Monthly meetings were organised but it was a nomadic life - Ickwell Cricket Club, local pubs and so on.  Thanks to sympathetic supporters, such as Chris Morris, then Chief Engineer at the Shuttleworth Collection, the Group was able to use the SVAS room above Hangar 1.  This was a welcome refuge but was small, with inadequate blackout for showing slides and videos.  As membership increased it was obvious that a more business-like footing was desirable and we moved to the Princess Charlotte room alongside the newly developed restaurant.  We've settled into the enjoyable pattern of starting the meetings with a relaxing lunch, followed by a talk from an invited speaker.

Since the meetings are held in working hours – on the afternoon of the first Wednesday of every month – most of our members are retired, but they bring a wealth of experience in the services, in engineering and other aviation-related activities or, indeed, they have just sheer enthusiasm for the subject.  Several are ex-pilots (one a test pilot) and a few are still flying as aircraft owners or club members.

The Group organises visits to a wide range of venues, museums and air shows, both in the UK and abroad.  Other trips are purely social and are popular with wives and non-member friends to the extent that an extended 3 or 4 day holiday break – which always includes a related visit as a nod towards aviation interests - has become a regular feature of the programme.

An early host for the group was Wg Cdr Ken Wallis and the trip to Norfolk to enjoy his engineering and demonstration flying of his autogyros became an annual event.  The frequent visits to his home formed a special bond and at the annual lunch in 2007, Ken became the Group’s first Honorary Member.  In 2008, a similar invitation was extended to AVM Alan Merriman, former CO of the Empire Test Pilots’ School, who has been a speaker on several occasions.  We are honoured and proud of our association with these distinguished aviators. 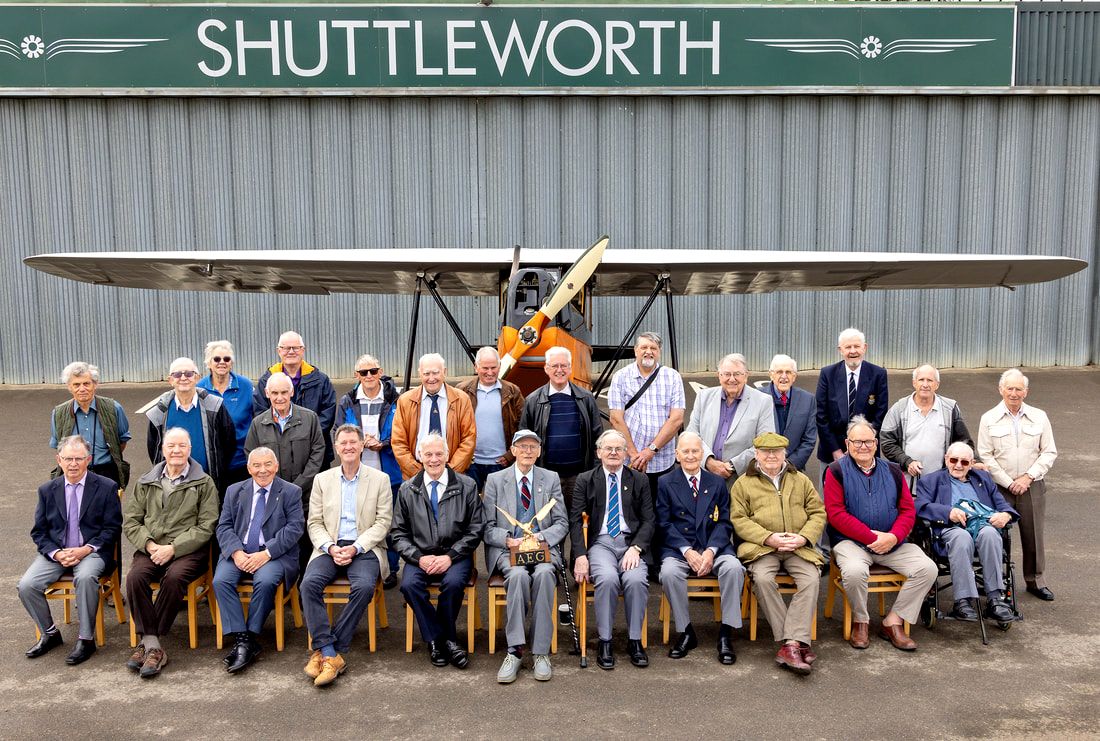 Extract from the Chairman’s speech at the 10th Anniversary dinner