April 07
An obituary in the newspaper recorded the death of Tom Bennett on 9 January 2013 and triggered off vivid memories for some of our members.  In April 2007 we planned a day trip to France to visit La Coupole, a spectacular site at Wizernes near St Omer.  One of our speakers saw our visits programme and asked if he could join us and bring his friend, Tom.  The story of our day is worth re-telling for those members who did not come on the trip.

​
To make their V2 attack on London more effective, the Germans planned to build launching sites in northern France.  Building started at Watten but it had to be abandoned after an air raid by 187 B-17s.  A second site at Wizernes was to be dug into the side of an abandoned quarry and protected by a massive concrete dome, La Coupole, weighing 55,000 tons.  The V2s would be stored and prepared for firing in a maze of underground tunnels.  Two tall exit doors, which were actually tall enough to cope with rockets much larger than the V2, would be used alternately to roll out and launch the rockets.  The model and plan below show the intended layout
In August 1943 the work was begun under camouflage by German miners and by forced labour, mostly Frenchmen and Russian POWs.   The cupola was built on the ground and the earth beneath extracted to allow seven stories to be built down to the entrance tunnels on the floor of the quarry.  In March 1944, the Wizernes site was added to the list of V1 and V2 launching sites being targeted by US and RAF bombers.  Hundreds of tons of bombs caused a lot of damage round about but just a single bomb hit the cupola and bounced off without causing any damage.
​
617 Sqn were called in to use their Tallboy bombs.  Their second attack on 17 July was very effective when a dozen Tallboys blocked all but one of the tunnel entrances, caused a landslide on the cliff face and dislodged the dome’s supporting buttresses. Shortly afterwards, the site was abandoned. 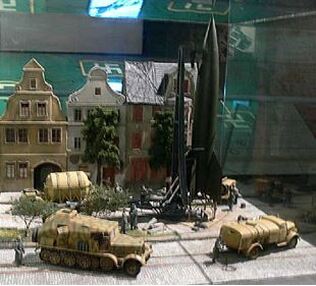 Ironically, after all this massive construction work, the Germans adopted an alternative launch system using a simple portable launch platform which could be loaded on a couple of lorries and driven away after each launch.  Without a permanent site there was no need for expensive buildings or air raid protection. A museum model shows this system in action.
​
The ruins of the site at Wizernes lay almost unused and unsafe for many years.  It wasn’t until 1986 that plans were announced to make the site safe for visitors and re-open it as a museum.  Millions of francs were raised and in May 1997 the museum was opened.  It is concerned, not just with La Coupole, but also with the history of the military events and their effect on the civilian population of the Pas de Calais area, from the time of the invasion in May 1940 to the liberation in 1944. 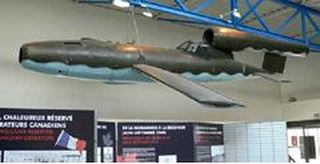 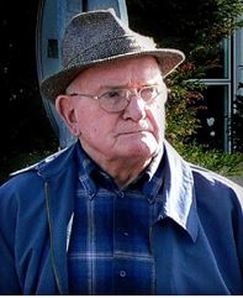 In 617’s Mosquitoes, he marked targets for the blocking of the Saumur tunnel and La
Coupole before transferring to the Lancaster and carrying out two raids which sank
the Tirpitz.  After leaving the RAF in 1955 he worked for the Port of London Authority.