Steaming Through the Skies

The earliest aspiring aviators drew their inspiration from birds and built machines to imitate their shape.  The next step was more difficult.  How could they get them into the air?  Leaping from towers and hills had its limitations but Lilienthal and Pilcher made significant progress in their short glides.  What was needed next was power to sustain the flights.  Pilcher used a horse to launch his gliders but that wasn’t the answer.

Surely a steam engine could be adapted to provide the essential power to propel an aeroplane.  Sir Hiram Maxim certainly thought so.  Abandoning his previous plan for a helicopter he designed and built a huge (110 ft. span) machine powered by two naphtha fuelled steam engines each of which generated 180 hp and drove propellors 17 ft in diameter.  Weighing 3½ tons the whole construction had wings and controls but was considered to be a test rig.  Mounted on 1800 ft of railway track it was restrained from lifting by wooden upper safety rails
In 1894, manned by Maxim and his crew of two mechanics, it was launched on its third run.  Reaching a speed of 42 mph it lifted off the track, breaking the safety rails and crashing back to earth some 200 ft further on.  The steam engines had certainly worked but did the aeroplane ‘fly’?  The question became irrelevant because Maxim lost interest in aviation and didn’t try again.  He acknowledged he should have tried one of those new-fangled internal combustion engines but what he had learned from his experiments would be very useful for developing a new idea he had for an exciting steam-driven fairground ride.  The ‘aeroplane’ was broken up but the engine has survived and can be seen in the Science Museum.

Maxim was not alone in his line of thinking.  The Frenchman Clement Ader also tried steam power in rather prettier aeroplanes but his results were just as ugly.  There were other attempts to use steam in France, in Russia and the USA.  All were unsuccessful, although the reasons were aerodynamic, not steam-related.

The Wright brothers’ success in 1903 with an internal combustion engine eclipsed all other forms of aviation power.  However, in the early 1930s there was a curious revival of interest.  All came to naught apart from the work of the brothers George and William Besler. 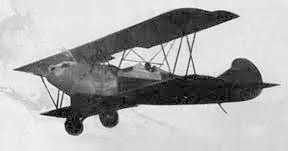 The aeroplane was successfully demonstrated at Oakland, California in April 1933.  Apart from its unique power and slightly comic billows of steam it greatly impressed the spectators on two counts.  First was the silence of its flight.  George flew over the crowd and his words could be clearly heard as he shouted greetings to the assembly below.  Secondly, he demonstrated a remarkable feature.  He could stop the engine and re-start it instantly in reverse.  Excellent for tidier parking and also for rapid loss of height when descending for landing.  This can all be enjoyed on  https://www.youtube.com/watch?v=nw6NFmcnW-8.

Sadly, that’s the last we know about the steaming Besler aeroplane.  It clearly worked but any useful application was either impractical, uneconomic, or probably both.